I performed as musical director and wrote the music for Grime by Ramshacklicious. The show went on a national tour of Outdoor Theatre Festival including : Glastonbury, Boomtown, Hat Fair, Kendal Mint Fest, Greenwich and Docklands International Festival…

Dark comedy meets clowning in Ramshacklicious’ dystopian take on situation comedy, Set in a make-shift-burger-van-come-family-home, enter the world of Grime where violence and control prevail.

Grime tells the story of an ordinary dysfunctional family trying to live outside the constraints of normal society. Circumstances beyond their control have forced them to leave behind their cosy trappings, uproot and start a new life; a life on the move, a life on the edge. Intent on survival, they will do whatever it takes to survive. 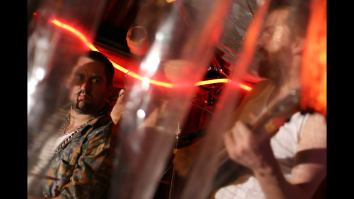 Inside the Meat locker 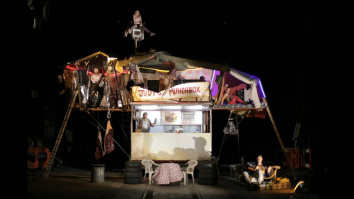 Is that a heart?